The greenery of Saint-Petersburg

Living in a big city can be really stressful sometimes. Fortunately, Saint-Petersburg has something to combat the stress, namely the great parks, avenues and embarkments.

St. Petersburg is the greenest of Russia's major cities. The statistics are impressive: Over 200 parks and gardens, plus over a thousand tree-lined streets and more than 700 leafy squares; and more than 2,000 hectares of greenery in total - or more than 56 square meters for each of the city's more than 4.5 million inhabitants. (more info)

If one is not confined to the office, spending a few hours with a book (or a PDA) in a park can be really invigorating. My only complaint is the noise pollution from the cars - you can't get away from it. 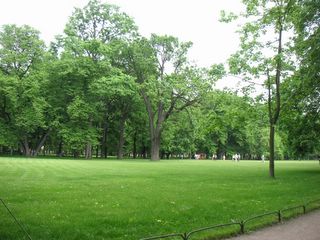 It's all really close together so I can chose the place that fit my mood best - Summer Garden, Michael Garden, Mars Field, etc. 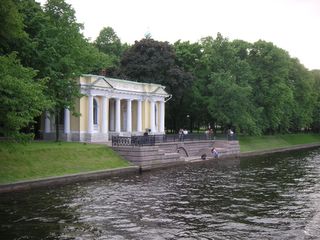 Mojka river and the Rossi pavilion 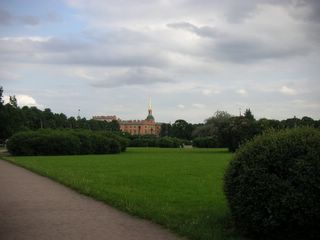 There are also some novel ways to add greenery to the city. On June 22, 2005 ">a grass lawn was created on the Palace square in St. Petersburg, Russia. Called "Grass of life", this is a memorial to the June 22, 1941, the day of the treacherous attack of the Fascist Germany on the Soviet Union. The grass symbolizes the victory of life over death, good over evil, peace over war. 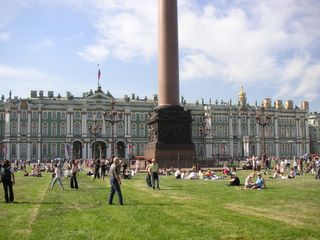 Grass of Life on Palace square

Underneath the grass the square is paved with cobblestones. In the very middle of the grass raises the Alexander's column and in the background is the Winter Palace where the Hermitage is located (more photos).

If only we could do something about those goddamn cars. :(

"Those who cannot remember the past are condemned to repeat it."
--George Santayana

The proletarian revolutions of the 20th century are not myths invented by evil totalitarian oppressors, they are not figments of our imaginations, and neither are they inconsequental riots of illiterate mobs. They are the result of oppressed rising against the oppressors. The motivation was pure and simple, to end the injustice, to create fair societies where people are free from tyranny and live worthy lives.

These societies were created - the tens of socialist states that arose all around the world, but few of them survive today. Cuba, Vietnam, North Korea. But just as the Soviet Union was unjustly and falsely labeled an evil empire, so are these last bastions of socialism. Now they are members of the Axis of Evil and disgusting false stories are spread about them. Tales of starvation and oppression are told by official imperialist propaganda and corrupt Western media. And of course the general public doesn't care about real facts, but prefers to get the truth nicely packaged and delivered on the evening news.

The reality is different, of course. As anyone, who cares to travel to North Korea or Cuba with open eyes and without prejudice, can see, people there live normal lives and the society cares for everyone, cares more than it does in most of the so called "developed countries". Their economies are weak, but socialism has nothing to do with it. All third world countries are poor because they can't exploit others like imperialist countries do. And history shows that planned economies do just as well or better as capitalist free market ones. Only they do it without flashy advertising, without elaborately packaged goods, without exuberant downtown shops. People simply have guaranteed jobs, free education, free medical care and pensions. They don't have BMW 7-series, though. Must be the inherently inefficient then...

In the meantime, the oppressed people all other the world, the sweatshop workers in Asia, the poor people exploited by multinational monopolies in South America, the unemployed minimum-wage slaves in the US, are all trying to deal with their problems. They are trying to organise, trying to limit the damage the MNCs can do, trying to have stronger labour laws passed, to limit corporations' rights to oppress and control. But for some reason they forget the lessons of the past and are afraid to speak openly (with the exeption of some remaining communist parties in the West) that socialism works, that revolutions are the answer, that totalitarian oppression sooner comes from a capitalist state than from a socialist ones and that democracy is a misleading label, the newspeak tool used to keep people from power.

We shall remember the lessons of the past. Let the deaths of the revolutionaries all over the world not be in vain. 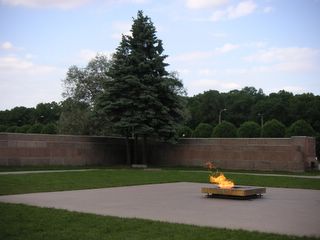 Mars field in St. Petersburg - a monument to Russian revolutionaries 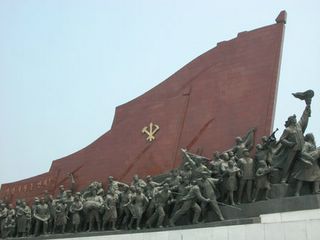 The Private Life of Plants

The films by Sir David Attenborough are always amazing. After watching the Life in the Freezer I was hooked. The amazing images of the remote and inhospitable land, the beauty of penguins and other Antarctic creatures, captured on film with an intelligent commentary - the result is something you can't stop watching and can't help but be constantly amazed. 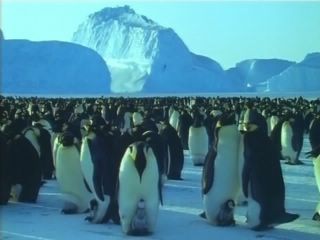 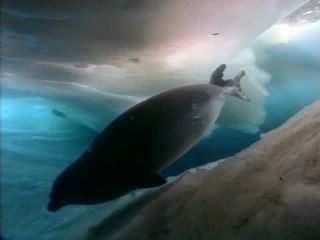 A seal swimming under the thick ice.

I am watching The Private Life of Plants and it's fascinating how Sir David can always provide a fresh look at things in our oversaturated by nature documentaries age. I guess, I now need to watch all the "Life" series to get a good feeling and good understanding of what life really is... And then, then I would want to get away from the cities, from my fellow humans, get into wilderness and stay there (not forever, mind you), enjoying the nature, working on a tablet PC, reading books on a Palm. :) I suspect that connecting modern technology with a beautiful natural environment can do wonders to one's motivation and enjoyment of life.